"This launch does not represent the quality standards of Lab Zero" 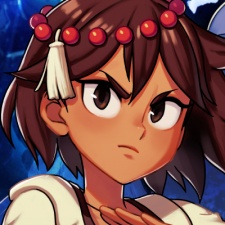 Lab Zero's Indivisible was launched on Nintendo Switch without the developer's knowledge.

As revealed on Twitter (below), the studio found out the game had been released in North America after being congratulated by fans. Currently, the game is on sale with 20 per cent off.

"The Switch version of Indivisible itself is great, the porting group did seriously excellent work! Runs at a stable framerate, even handheld," said lead developer Mark Zaimont.

However, the game has been launched with missing features such as new game plus and co-op mode. Furthermore, the eShop artwork is wrong.

"This launch does not represent the quality standards of Lab Zero. It just doesn't. I'm sorry. It wasn't us," said Zaimont.

In March, the Nintendo Switch doubled its Q1 sales year-on-year. The best hardware sales that have been seen since the Nintendo 3DS in 2010.

HEY, THAT THING EVERYONE WANTED?@IndivisibleRPG is out RIGHT NOW digitally for Switch in North America!

Feel like you missed the announcement? You're not alone, our team found out because people on Twitter sent us congratulations! I had no idea! But there it is! :^P
1/ pic.twitter.com/bByIeD0rhj