505 Games' Head of Free to Play Clive Roberts on the D3 Go! acquisition and beyond 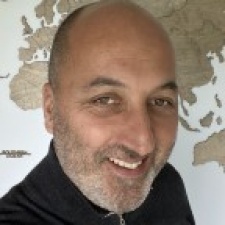 Earlier this year Digital Bros, the parent company of 505 Games, acquired D3 Go!- best known as the publisher for the long-running Puzzle Quest franchise - for their expanding F2P portfolio.

At the time we received comment from Clive Robert, Head of Free to Play at 505 Games, where he reflected that "[the] acquisition marks the second for us in only two years as we continue our dedication to growing the F2P business unit and bringing to gamers the best there is to offer – from original games, to powerhouse licenses, and beyond.” We spoke to him again to find out some more thoughts on the deal.

Clive Robert: We’re excited to bring the entirety of the Puzzle Quest franchise under the 505 Games banner and the potential it brings for the future. Our goal is to continue to elevate the PQ franchise through new and exciting content updates across our F2P live service titles Marvel Puzzle Quest, Magic the Gathering Puzzle Quest, and our latest entry in the main series Puzzle Quest 3.

As mentioned above, the franchise has split between portraying its own numerous settings (yes, I was the person who liked Galactrix) and adopting incredibly authoritative IP such as Marvel. What will 505's strategy for cross-brand partnerships be for Puzzle Quest, moving forwards?

The Puzzle Quest franchise has evolved immensely over the past 15 years, seeing two direct sequels and multiple spin-offs, such as the ones you mentioned. Looking ahead, we’re committed to continuing to grow our existing titles in the series and bring exciting new content through our current partnerships.

feedback and creating content tailored to both communities will be key

Will the D3 team be spreading its wings across 505's other suite of titles/franchises?

As a group, we remain committed to both Marvel Puzzle Quest and Magic the Gathering: Puzzle Quest, maintaining the current team and dedicated resources for both titles. We're currently focused on what’s in front of us, continuing to develop new content and further investing in our current live titles.

Is 505 exploring further acquisitions? On a wider note, what are 505's thoughts on the sustainability of the current M&A trend?

Most of our acquisitions have been organic, revolving around great existing relationships. We've collaborated with so many partners over the years, and joining forces naturally made sense given the fit and synergies with some of our partners. The addition of the Infinity Plus 2 team, after working together for more than 8 years, is one recent example of this. We believe in building long-term success.

Player feedback to the latest Puzzle Quest title, the third entry in the core franchise, varies considerably between mobile players (average App Store rating of 4+ stars) and PC (Mostly Negative user reviews). But titles such as Genshin Impact and Hearthstone reveal a strong connectivity between cross-platform play, and it ranks highly in Google's recent 2022 Global Insights Report. With 505's experience across both mobile and PC/console, what expertise will 505 be looking to provide to help bridge the gap between mobile/PC player expectations?

505 Games has always stood out from other F2P publishers because of our multiplatform strategy. In the case of Puzzle Quest 3, we’ve received a tremendous amount of feedback from both the mobile and PC Early Access communities. Taking in feedback and creating content tailored to both communities will be key to help bridge that gap. We’ve integrated initial player feedback so far, but the goal is to make Puzzle Quest 3 a great experience on any platform you choose.