Not available in Germany, France, Austria, and Russia 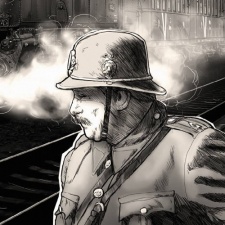 As revealed by developer Charles Games, via Twitter (below), the point-and click-title will not be available in Germany, Russia, Austria, or France, the reason being the game's inclusion of Nazi content.

However, it is worth noting that the game was approved through German regulations. Despite this, Google has upheld its decision to keep Attentat 1942 away from its mobile storefront.

"We hope Google will retract their decision and approve Attentat 1942 in the end. We want to keep history alive, and considering how vast the mobile audience is, it would be a huge shame to lose them," said Charles Games.

Google rejected Attentat 1942 due to Nazi references. After all the hard work, multiple e-mails, approval by German regulators, we're frustrated. How we're supposed to make an historically-accurate game about WW2 horrors without Nazis? We don't know. A thread. #indiegame #gamedev pic.twitter.com/iurQOzpvZd

For those that don't know, Attentat 1942 is set in Czechoslovakia, in a time where it was occupied by the Nazis. To tell a historically accurate story, Charles Games collaborated with the Czech Academy of Sciences.

"While we agree that stores and platforms have to deal with hateful content, if reviewers took a closer look at Attentat 1942 for just a moment, they would find out we are not that. Attentat 1942 is firmly anti-fascist," said Charles Games.

"We're also frustrated because it hinders what mobile games are allowed to do. We firmly believe that video games are art and can be an important part of public conversations. When we ban everything with any controversial keywords no matter the content, everybody loses."