Set 1,200 years before the previous series on the streaming platform 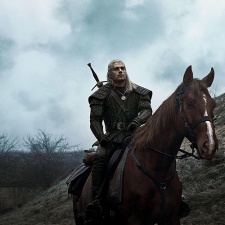 A prequel TV show for The Witcher is coming to coming to Netflix.

Dubbed Blood Origins, this will be set about 1,200 years before the events of the series that debuted on the streaming platform at the end of 2019. The Witcher writer Declan de Barra will be holding the showrunner role for Blood Origins, while Witcher boss Lauren S Hissrich is acting as an executive producer.

Blood Origins will be a six-part limited series.

A coin to your Witcher

"A question has been burning in my mind ever since I first read The Witcher books - What was the Elven world really like before the cataclysmic arrival of the humans?" de Barra said.

"I've always been fascinated by the rise and fall of civilisations, how science, discovery, and culture flourish right before that fall... The Witcher: Blood Origin will tell the tale of the Elven civilisation before its fall, and most importantly reveal the forgotten history of the very first Witcher."