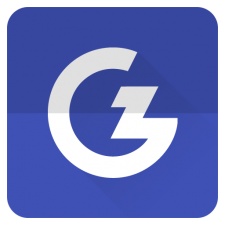 India-based games firm Gamezop has raised $4.3 million in a Series A funding round.

"We are excited to partner with a team that has successfully solved the distribution problem when it comes to HTML5-based gaming. The fact that an astounding 97 per cent of smartphone users in India have at least two Gamezop integrated apps on their phone is a testament to this," said Bitkraft founding general partner Malte Barth.

"With Gamezop, you can play hundreds of games, competitively or casually, without installing a single app, creating a seamless gaming experience. Real-money gaming in India is expected to reach a valuation of $1.7 billion by 2022 and Gamezop is poised to become a major player in the space."

Founded in 2016, Gamezop has a focus on HTML5 games as it licenses them from developers to embed them in a variety of apps. Currently, in India, the company boasts 34 million monthly active users. With its newfound funding, Gamezop will work to expand into both Latin America and Southeast Asia.

"BITKRAFT Ventures is the clear thought leader when it comes to esports, gaming, and immersive entertainment. They were at the top of our list when we began to look for investment partners to help us grow the business."

Playco secures $100 million in Series A funding round