Was first released in 2017 on mobile 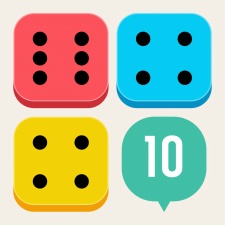 First released in 2017 as a mobile title, TENS! marks the Leamington Spa-based studio's first move onto console, having focused solely on the mobile platform before now. On smartphones, the puzzler has racked up over three million downloads.

At launch, TENS! will set consumers back $9.99, though the Switch version will feature more than 70 levels and a handful of new features to differentiate itself from the mobile edition.

"Mobile gaming is still very much what we're about here at Kwalee, but as we approach our 10th anniversary in 2021, we want to keep challenging ourselves and trying new things," said Kwalee head of design and development Simon Platt.

"Ever since the first release of TENS! back in 2017, we have wanted to do more with this innovative and fun puzzle game. TENS! for Nintendo Switch gives us the opportunity to push the concept further than ever before with additions such as competitive multiplayer and challenging boss battles. I'm excited to see the reception and for what the future holds for us on the Nintendo Switch."

"Within the past year, we've more than doubled in size and this rate of growth goes to show not only our success, but our ambition to keep creating and trying new things. As many of us are avid players of the Switch, releasing a game for the platform was a natural step for us to take," added Kwalee CEO David Darling.

"TENS! is a game we've always been proud of and felt it translated to these platforms really well, especially with all of the new added value we’ve built into the game."

Earlier this month, Kwalee continued its growth as it opened a new office in China. It followed the company setting up shop in India with its Bangalore arm in May.

Kwalee to host 16 April event to connect with Indian developers