And discusses the success of its R&D department 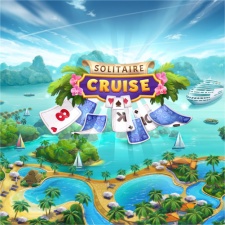 As the title would suggest, the game features a range of Solitaire puzzles that can be completed to earn stars, thus unlocking new exotic locations to visit as they sail around the world.

Such locations include Dubai, Paris, Cannes, Nassau and New York. Overall, there are more than 20 places for players to visit.

"We tried to take a new look at popular card games genre and place greater emphasis on competitive and raffling components. Our team was focused on creating a special emotional experience in the course of the game," said Belka Games co-founder Dzmitry Khusainau in a statement to PocketGamer.biz.

"Working on Clockmaker, which has been growing for the last five consecutive years, we realized the importance of live ops events for the game's growth. Just like with our other games, we emphasized events in Solitaire Cruise that have lots of fresh and intriguing experiences for players."

The game is available through both the App Store and Google Play.

A spin on the classic game, Solitaire Cruise has been an important part of the studio's development journey, as it is the first title to be created with the aid of Belka's R&D department.

In a statement to PocketGamer.biz, Belka Games R&D producer Ivan Gorchakov explained the importance of the department, and what it had hoped to achieve.

"The main goal of our [R&D] department is to develop a minimum viable product (MVP), which we then use to test hypotheses. When it reaches target benchmarks, we pass the project on to the development team for an in-depth analysis.

"We then take a data-driven approach where each stage is backed by accumulated metrics. To maximize the efficiency of the team, we work at a high pace and make MVP updates quite frequently. That's exactly where the 80-20 rule applies. This approach shouldn't affect the quality of an app, but it's utterly important to provide the player with a prototype that is close to the final product even if it has limited content.

Gorchakov continued: "Solitaire Cruise has been developed in that very framework. We released eight versions of the game within six months to ensure that our product can be competitive and scaled further."

Meanwhile, Solitaire Cruise producer Evgeniy Gilmanov discussed how the team in the R&D department did a good job when it came to preparing the game, and how the team is now preparing for the future of the game.

"Belka Games R&D department has done a really great job to prepare a cool, modern product for soft launch. We then took it to the next phase since engagement and monetization metrics were good enough to start working with higher budgets," said Gilmanov.

"To push the project towards global release, we created a strong new product team inside Belka Games. Nowadays, we are working on brand new features in Solitaire Cruise, as well as improving current ones, to take the game to the top of the charts."

Over the past year, Belka Games has gone from strength to strength, since receiving an investment from AppLovin back in September 2019.

"The skill and speed at which Belka Games operates has only accelerated since we started working with them last year. In just a few months, the studio was able to mobilize their team and establish a R&D department quickly to prototype, test and iterate," said AppLovin head of games Keith Kawahata.

"Belka Games challenged themselves to reimagine the classic card game and really prioritized the player experience in Solitaire Cruise. Players can expect Belka's signature artwork, with a fresh new storyline that creates a uniquely immersive experience in a familiar game."

The value of research and development to game developers

PGC Helsinki Digital: How Belka Games adjusted its strategy and grew from 30 to 300 employees