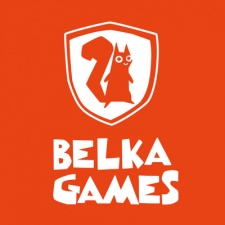 Mobile marketing firm AppLovin has made a number of strategic investments in several games studios.

Belarusian developer Belka Games is the latest to receive funding from AppLovin. The company is known for its Clockmaker title, a match-three puzzler that has become a top-grossing game in the US. Founded in 2009, the studio employees over 200 people.

Terms of the deal were not disclosed however Belka has been confirmed it will continue as an independent company, with management remaining the same.

AppLovin opened a media division in 2018 and has been investing in several firms to help accelerate growth in the mobile ecosystem.

“Strategic investments in dynamic studios with high-quality games and outstanding leadership is an important part of our goal to entertain the world with engaging mobile games and to help game developers everywhere,” said AppLovin CEO and co-founder Adam Foroughi.

“There is an exceptionally strong game developer community in Belarus, and Belka Games stood out. We are thrilled to invest in Belka Games and to accelerate its growth.”

Belka Games co-founder Yury Mazanik added: “This is an exciting opportunity for the company and our entire team. We are highly committed to taking our business to the next level - for us that means global scale.”

AppLovin revealed in June that the firm is looking into an initial public offering in 2020 to raise $1 billion.