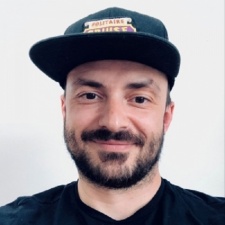 The process at Belka Games is that the maximum time to determine a product’s viability is six months. Sudakov noted that instead of focusing on 30-day retention, begin to focus on three-day retention, then seven days and so on, with each new iteration "going deeper and further, but improving previous indicators."

Analysing the competition is another important feature of R&D. Knowing what is unsuccessful for competitors is equally as important as what is successful, and Sudakov believes finding these patterns is the way to find the solutions.

When discussing key features of the team he noted how smaller studios are often very efficient, as they allow very constructive discussions between team members. The key benefits of a small team are that you can get maximum involvement from each member and have what he called a “combined person” - someone who is a specialist at one task, but generalists at the others.

Knowing the potential audience of the game is another crucial factor. If you determine that your audience is mature, what works for that audience? Discovering what else may entertain a specific audience Sudakov says is important when developing new IP.

"The first project is always tough because you love it so it’s very hard to say stop so we spent a lot more time than we needed," commented Sudakov on developing your first game.

"Since then we [have] developed strict rules for future projects. If every new iteration is better than your previous then you’re on the right path, but if there are no improvements you should stop there."

"I think we need failures because they’re lessons but you should get used to wins; it is better when you have more successful products than unsuccessful."

Pavel recently spoke with PocketGamer.biz about the value of R&D to game developers.

The value of research and development to game developers