How to maximise mobile revenue on Android 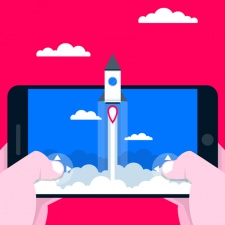 iOS or Android? What used to seem like a video game developer’s dilemma in terms of player potential has finally become more a matter of monetisation preference.

As noted by Newzoo, iOS and Android have been more or less splitting mobile video game revenue over the past few years on a global level. Of course, as Statista reports, Android’s overwhelming 87 per cent mobile device market share may drive those numbers more in Android’s favor as time goes on.

With Xsolla In-Game Store for Android, you share just 5 per cent of your revenue. Yes, you can retain as much as 95 per cent of your sales by selling directly to players by simply implementing our SDK - no coding required. That means more profit for you.

While developers publishing directly to the Apple or Google Stores will still need to use their tools, Xsolla In-Game Store for Android is a potent option when expanding to Asian markets, where mobile video games are sold from a variety of third-party digital retailers.

Save time and resources with our comprehensive, global-ready functionality. Earn more profit for your business by avoiding Google Play Store fees and providing your audience with the items, currencies, subscriptions, and other functionality they want. For sales, payments, and growth, the In-Game Store is your all-in-one solution.

ROOMS: The Toymaker’s Mansion by HandMade Game is a mobile puzzle game designed for simple, fast, and fun gameplay. As such, HandMade Game wanted to help players get straight to the action by minimizing time-wasting steps, such as a complicated or slow login process.

By developing with the Unity SDK and integrating Xsolla In-Game Store for Android, HandMade Game was able to quickly and easily achieve their desired result while still receiving real-time player data, including payment information.

Using the Xsolla In-Game Store for Android SDK, HandMade Game was able to avoid Google Play fees by utilizing an alternative Android app platform where they could distribute their game and engage a new audience.

HandMade Game was also able to receive payments through two of the most important platforms in its target launch marketplace of China, which was critical to ensuring a maximum number of players were able to make purchases through the ROOMS in-game store.

Give players the goods

With Xsolla In-Game Store for Android, the puzzle game ROOMS was able to solve its own puzzle, creating a frictionless gameplay experience stocked with fun in-game purchases for its players while maximizing its income in a global mobile video game marketplace.

We’ve worked with some of the world’s biggest video games to deliver fast, effective functionality with true-time, effort, and revenue savings. The Xsolla In-Game Store is ready to help you advance your Android efforts by engaging your players while enabling you to keep more of the profits you’ve worked to earn.

How to Get Started

First, download our one-pager to learn how In-Game Store for Android can support your game.

Partner with Xsolla. When you subscribe to our Publisher Account platform, we take care of the In-Game Store program development and implementation, while you focus on game development.

New to Xsolla? Get started by setting up a Publisher Account.

Already an Xsolla client? Contact our Subscription experts to take your revenue to the next level.

We make it our mission to continuously evolve your in-game sales success strategy. That’s why partners continue to work with Xsolla as their businesses expand, and why you can confidently explore your Android In-Game Store solutions with us.

With the crumbling of the walled gardens, now is the time to market directly to players, says Xsolla