"EDGE species, such as the kakapo, represent entire branches of the tree of life – if we lose them, there will be nothing like them left in the world" 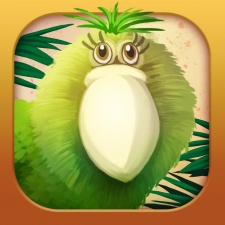 The game, which has been published by Playstack, has been designed to help raise awareness and support for the species. For more information on Kakapo's, you can visit OTEC's website.

Kakapo Run's premise is simple. Players need to help the endangered bird reach Sanctuary Island. Given the bird is native to New Zealand, locations in the country have inspired the title's environment.

Unfortunately, only around 200 Kakapo's remain in New Zealand. However, Kakapo Run has helped to raise awareness and has altered the attitude people have towards the animal.

"Gaming has long been a destination for players to escape their daily lives and engage with new experiences from around the world," said Playstack CEO Harvey Elliott.

"Since the beginning of lockdown the industry has seen significant growth in player volumes and engagement, and it is a perfect time for us to use games as a platform to raise awareness of the plight of unique creatures such as these."

Furthermore, it makes the first instalment in what will be a series of games to bring attention to Evolutionarily Distinct and Globally Endangered (EDGE) species.

"EDGE species, such as the kakapo, represent entire branches of the tree of life – if we lose them, there will be nothing like them left in the world," said OTEC founder and CEO Beth Blood.

"Promoting biodiversity through the unheard voices and untold stories of EDGE species ensures we preserve the widest diversity of life while maintaining future options for humanity.

"Our ambition with the 'Kakapo Run' mobile game is to inspire the next generation to pledge their support for the conservation of this incredible species. By making the kakapo the hero of our first game, we are giving it its moment in the spotlight – evolving mobile app gamers into activists along the way."

Kakapo Run can be downloaded now on iOS and Android devices.