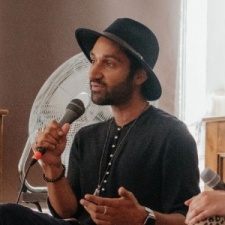 As part of Pocket Gamer Connects Digital #4, Graphic Music director and head of music and innovation Inder Phull discussed the future of music partnerships in gaming.

This year alone, Epic Games and Roblox have both formed partnerships with singers, allowing the musicians to perform a concert digitally. They hosted Travis Scott and Ava Max, respectively.

"Travis Scott and Fortnite have set the bar quite high for what partnerships can look like," said Phull.

Partnerships between games and music have grown and developed over the years.

What sort of partnerships?

One such partnership can work with an artist playing games with either a pro streamer or possibly with their fans.

Music is underutilised in what music IP could be used for in gaming, according to Phull.

Rockstar has embraced music as it added DJs to Grand Theft Auto. Carrying on from that, the company worked with Time Warp, one of the biggest electro-music festivals in the world.

Furthermore, DJ Dimitri Vegas was added to Mortal Kombat 11 as a skin for the hugely popular fighter, Sub-Zero.

Stormzy, a UK-based grime artist, collaborated with Ubisoft on WatchDogs Legion, he actually features in his own special mission within the newly-released game.

In esports, Spotify has become the mainstream audio partner for Riot Games and all of its tournaments.

Phull explained that most studios and game development companies first need to understand why they want to work with musicians. Is it for the fans, or is it for revenue? What is the objective of the partnership?

Data analysis can help to determine which musician a studio should aim to collaborate with. Through this, you can discover what music players like, and "which artists resonate with the game's audience."

Next, it is crucial to find a link between the musician and the story within the game.

"The most complex part always comes down to licensing and royalties," said Phull.