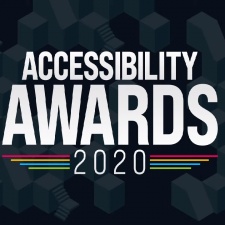 On November 15th, Alanah Pearce and AbleGamers hosted the Video Game Accessibility Awards 2020, the first of its kind in games.

The event was created and put together by Pearce in association with AbleGamers, and hosted across Twitch and YouTube by Pearce and the nonprofit's COO, Steven Spohn. It aimed to spotlight video games and companies that are making a clear and conscious effort with their accessibility options.

During the two hour stream, the pair handed out accolades across a number of categories, including Clear Text, Same Controls But Different, and Improved Precision. The winners of each category were voted for by disabled gamers.

A fundraiser for AbleGamers was also set up alongside the stream, allowing viewers to donate to the cause. It raised $6040 during the event.

It's been an amazing week for AbleGamers too. Last week during Twitch's GlitchCon, Twitch revealed live on stream that it would be donating $1m to the AbleGamers fund.

Check out the full awards show and the list of winners below.