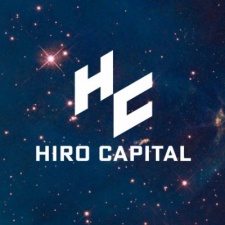 The three developers are Snowprint Studios, Double Loop Games and Happy Volcano. All of the studios will put the money towards development and global growth.

"Each studio has demonstrated innovation and expertise in developing fun to play games which resonate with today's audiences.

"I'm especially pleased that one of the studios came through our first Dark Star™ event for emerging indies looking to scale their businesses.

"If only venture capital had been interested in the games sector back in the 1970s, I might not have had to sleep in a van during the early days of Games Workshop."

Founded in 2015, Snowprint Studios is headquartered in Stockholm, though it has a second studio in Berlin.

The company is led by industry veterans Alexander Ekvall and Patrik Lindegren, both of which used to work for King and Wooga and Paradox Interactive vets Wilhelm Osterberg and John Hargelid.

Currently, the Snowprint has three mobile projects in the works, one of which – Rivengard – was released on January 21st 2021.

"We had heard great things about Hiro and have been impressed by the entire team from our very first interactions," said Ekvall.

"The team has a deep understanding of building successful games companies, and this is reflected in the support they provide. The backing from Hiro means we are better equipped than ever to execute on our mission to deliver genre-defining experiences."

Meanwhile, Double Loop Games, also founded by industry veterans, is based in San Francisco. Emily Greer and Shelby Moledina lead the team and have worked for Kongregate and Warner Bros, respectively.

Currently, the studio is working on its debut title, which will be part of the social genre.

"We've been thrilled with the level of insight the Hiro team brings to games and the games industry," said Greer.

"They immediately understood both the upside and the potential challenges around our more innovative mechanics. We look forward to a long and productive partnership with people that we know really get it."

Finally, Happy Volcano is a new studio based out of Belgium. It secured funding after it attended Hiro Capital's Dark Star VC investment summit.

"Teaming up with Hiro Capital means we can take the next step on our journey to become a leading creative game studio," said Happy Volcano CEO and founder Jeroen Janssen.

"Attending the Dark Star event in 2020 made it clear to us that Hiro brings a lot of value besides just funding.

"Knowing that an industry legend like Ian Livingstone is backing your vision gives the entire team confidence that we are on the right path."

"At Hiro, our mission is to find talented, ambitious teams and help them grow by bringing expertise and capital. We invest in the innovators of the future, and I couldn't think of a better start to 2021 than these three great studios."

Hiro founding partner Luke Alvarez added: "Hiro was founded to invest in the super-sector of Games, Sports and Metaverse technologies.

"On every dimension, in every market, 2020/21 has been a story of strong growth - in users, sales, devices, stream views, and innovations. People fell in love, got married and graduated in games and are coming out of lockdown stronger thanks to gamified wearables and VR fitness tech.

"As a VC, it is exciting to see our sector focus so emphatically confirmed. Finally, Hiro is a diverse team, and so are these new studios, including our first female Games founders, Emily and Shelby."