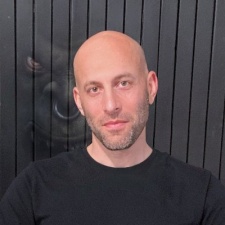 All-in-one platform Overwolf has raised $52.5 million in a Series C funding round.

Not only did Overwolf secure funding, but it also launched a new user-generated content service platform dubbed CurseForge.

"Similar to how developers use Unity to build a game, we see Overwolf as the framework for everything UGC related to games," said Griffing Gaming Partners co-founder Nick Tuosto.

"Overwolf allows for one of the only means of monetization for the thousands of creators. In turn, this translates to increased engagement for the publishers and more content for gamers.

"Services like Overwolf set the stage for the industry to see a new generation of user-generated content, and we are excited to invest in the leading company moving this space forward."

There are four key benefits to using CurseForge, the first of which is cross-platform modding. Through open-source SDKs and plugins, players will be able to install in-game mods, regardless of platform and storefronts.

Furthermore, CurseForge users get access to a full analytics dashboard, which will detail how popular individual mods are. Moreover, each submitted mod will be scanned for viruses, thus offering safe and secure moderation.

"Overwolf is developing the holy grail of frameworks for UGC for both publishers and in-game creators," said Ubisoft head of corporate development Oscar Navarro.

"Enabling all major publishers like us, to allow the creation of mods in a safe, secure, authorized, and profitable manner; is a game-changer for all creators and IP holders."

"We are at a new user-generated content inflexion point, and the strong growth of gaming lies largely in the hands of 'in-game creators,' a term we coined to categorize this new generation of in-game app creators and mod authors," said Overwolf CEO and co-founder Uri Marchand (pictured).

"The more content and customisability a game has, the more likely a gamer will keep experiencing its content and by that extending the longevity of the game and generating more value for game developers and publishers in the long run.

"By offering CurseForge Core, we are accelerating the community-created content movement by enabling publishers to easily integrate mods safely and seamlessly into their existing and new games.

"With the backing of the most notable investors in the space, we are confident that the Overwolf platform will lay the groundwork for a new era of triple-A game creation."

Medal.tv has raised $60 million across its Series B and Series C funding rounds