"Marketing within esports is an absolute minefield" 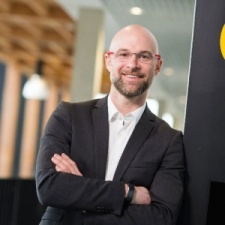 Esports has been on the rise in recent years, though there was a certain tipping point that turned the tides when it comes to competitive gaming.

Streaming giant Twitch played a pivotal role in the rise of esports as it became a huge platform, one that saw many creators embrace esports. It brought people together from around the world, regardless of ethnicity and background.

Within one, marketing people and publishers began talking about Twitch and esports, leading to an increase in popularity.

However, are esports mainstream? It could be argued that esports has been mainstream for years. Yet, there isn't too much of a difference in today's day and age save for more people of varying ages being aware of competitive gaming.

Moreover, it can be very dependent upon countries. Some embrace it wholly, whereas others choose to reject it.

It could be argued that esports has moved into being "resoundingly mainstream" due to it now being recognised as a viable career path. Colleges and universities worldwide are now offering courses that focus on competitive gaming.

"So many people are passionate about esports specifically," said Reed when discussing the various options on offer to those interested in a career in esports.

The number of viewers that esports competitions attract can be attractive to brands given the amount of consumer interaction they can receive.

However, the challenge with the esports market is that you cannot use all of the traditional marketing tactics.

"Marketing within esports is an absolute minefield," explained Reed.

"You've got to appreciate that it is somewhat of an inexperienced landscape, esports."

As such, big brands need to understand that they will not necessarily see the same results within esports. "Sometimes, it's taken for granted that esports teams and leagues know what they are doing."

"When marketing goes wrong in esports, it goes really wrong." There is no escaping it. If it goes wrong, then there are many platforms, such as Reddit, where the failure will be highly publicised and discussed.

"There are more don'ts than there are dos," said Reed.

The most challenging part, according to Reed, is determining who to believe. There are thousands of voices within esports, and it is vital to discover the right one for your brand, your mission and your objective.

Another don't is to take a traditional sports approach. There are similarities, but nonetheless, there are differences that will trip a marketer up should they choose to follow the same path as conventional sports marketing.

"The dos are simple. You have got to be one of them," said Reed.