Working in a distributed model 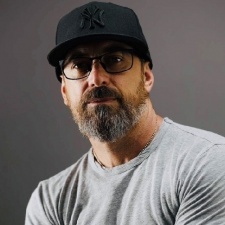 SuperWow Games will be led by industry veteran Lu Gigliotti - previously EA, Ninja Theory, Rockstar etcetera. - and operate on a distributed development model alongside Wildlife's studios in Austin and Melbourne.

“Our goal at SuperWOW is to break the stigma around gamers, remove barriers of entry, and allow more people to play,” said Gigliotti.

"The relationship with Wildlife will allow our team to focus solely on the creative aspect of development, and Wildlife will support our vision to make games that are fun for everyone, with a deeper offering for skilled gamers."

Wildlife's CEO Victor Lazarte commented: "One thing we noticed is that you can scale UA, and you can scale live ops, but you can't scale creativity.

"The industry is becoming more competitive, with larger companies having an advantage over independent developers. As a consequence, it also becomes less innovative.

"During the past 10 years, we've built an infrastructure at Wildlife that puts us in a position to help the industry evolve. We are building new ways for the industry to inspire creativity. We want to be the company that gives game creators the best chance to bring their ideas to life."

Formed in Brazil in 2011, Wildlife now has over 900 staff in multiple locations and has raised $180 million on a $3 billion valuation. Zooba and Tennis Clash, its most successful games, have been downloaded over a billion times.