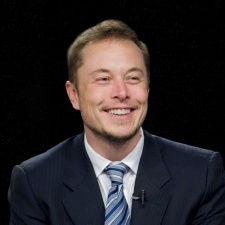 Tesla CEO Elon Musk has spoken out in favour of Epic Games regarding the ongoing legal battle between the latter and Apple.

Speaking via Twitter, Musk claimed that the App Store fees are a "de facto global tax on the internet" going on to say that Epic is on the right side of the conversation.

Apple takes a 30 per cent commission of all App Store purchases in games, which has been standard practice in the games industry since the store was established. Musk further states that Apple does "almost zero incremental work" and that taking a cut of this size is "completely unreasonable".

Epic Games began a legal battle with Apple last August following the latter’s removal of Fortnite from the App Store. Apple alleged that Epic was breaching the App Store’s contract by allowing the in-game currency to be purchased via a third party (Epic’s own storefront) and used in the game on iOS devices.

"Normally, competitive pressure would force Apple to lower fees, but Apple and Android have a duopoly on phones. When interface familiarity is taken into account, it’s basically a monopoly," Musk continued.

"It only applies to digital goods accessible on iOS', they say - but in the future all physical goods will have a digital presence, and Apple will tax and 'gatekeep' world commerce. Apple must be stopped."

Apple app store fees are a de facto global tax on the Internet. Epic is right.

Apple has recently stated that App Store developers have been paid 48 per cent more since 2020.

Meanwhile, Epic Games has partnered with Ariana Grande to headline a performance as part of Fortnite’s Rift Tour event.