"I can’t wait to join my fans and see all of your reactions..." 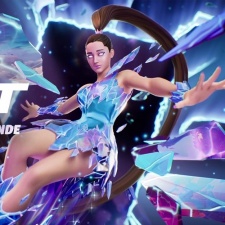 Epic Games has partnered with US singer Ariana Grande for a headline performance within Fortnite's Rift Tour event.

Scheduled to go live at 11 pm UK time (6 pm ET) on August 8th, the virtual music concert is described as a "journey to magical new realities" that will see the Grammy award-winning pop singer collide with the battle royale.

Ahead of this, players will be able to experience a number of Fortnite's most celebrated moments alongside popular music tracks based on elements from the game. This will then culminate with Grande taking to the stage for a virtual set. The performance will be the latest in a line of musical in-game appearances, following on from the likes of DJ Marshmello and rapper Travis Scott.

Epic has recommended that anyone interested in taking part should be signed on 60 minutes before the concert kicks off to avoid missing out.

"Working with Epic and the Fortnite team to bring my music to life inside the game has been so fun and such an honour,” said Grande.

"I can’t wait to join my fans and see all of your reactions to such an unforgettable, magical journey to new realities."

Epic Games head of brand Phil Rampulla commented: "Fortnite is a place for the imagination and the impossible. With the Rift Tour, we’re bringing a musical journey to life that players can experience, feel, and join alongside their friends. We’re so grateful to have an iconic superstar like Ariana Grande and her team join us for a musical experience at metaverse scale, and for players and fans alike to experience the Rift Tour!"

The Ariana Grande Fortnite Rift Tour event takes place from August 6th to 8th with multiple shows scheduled across the two days. Head to the official website for performance times.

Of course, Epic has been in the news plenty for its ongoing dispute against Apple. Last month, it was confirmed that the lawsuit would continue in Australia after a judge ruled in favour of the Fortnite maker's appeal.

Meanwhile, a ban has been called for Fortnite by an Indonesian minister after a sacred building was created in-game and then believed to be made destructible.