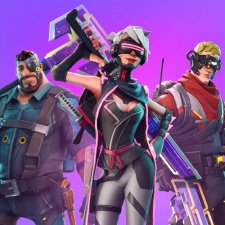 Fortnite on mobile has surpassed $1 billion in lifetime player spending in two years, according to Sensor Tower.

The battle royale behemoth from Epic Games generated $44.3 million in April alone, up 90 per cent from March and 25.3 per cent year-over-year. This surge was attributed to the ongoing Covid-19 pandemic and was confirmed as the game's best month for revenue since February 2019.

Players in the US made up the largest portion of player spending on mobile at $632.2 million, or close to 63 per cent of the overall total. Great Britain followed at second position with $38.2 million or 3.8 per cent, before Switzerland claimed third with $36.3 million or 3.6 per cent.

Downloads-wise, Fortnite has accumulated over 129 million installs across the App Store and Google Play. Epic confirmed in May that the free-to-play title has over 350 million players across all platforms globally.

The US was ranked in the top spot here too with 51 million downloads or 39.6 per cent attributed to the country. Similarly, Great Britain was the runner up once more at eight million downloads or 6.3 per cent but this time France rounded out the group at third, with 5.7 million installs or 4.4 per cent.

The App Store accounts for the majority of revenue and an estimated 125 million downloads. The Google Play version has only generated an estimated $937,000 in revenue.

That said, Epic only just rolled out Fortnite on Google Play in April after 18 months of operating outside of the platform.