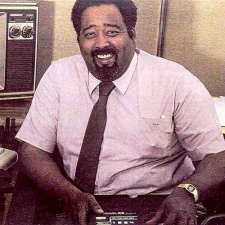 Microsoft has contributed to the USC Games Gerald A. Lawson Fund for Black and indigenous students.

The fund aims to increase the representation of Black and indigenous people within the games and technology industry.

The programme provides financial support for students from these groups who wish to pursue undergraduate or graduate degrees in game design or computer science at the University of Southern California. It was set up in May earlier this year, with Take-Two partnering as its first backer.

Gerald A. Lawson was responsible for the creation of interchangeable ROM cartridges for game consoles while working on the Fairchild Channel F. The console was the first to have replaceable game cartridges, as opposed to games being built directly within. In the 1970s, Lawson led the team that pioneered the commercial use of video game cartridges.

"We are determined that USC Games will be a place where diversity is valued and everyone is invited to create and play," said USC interactive media and games’ professor and head of marketing Jim Huntley.

"As costs continue to increase at all higher education institutions, one of the most significant challenges for students in underrepresented groups is simply ‘how to afford it.’ That’s why Microsoft’s long-standing commitment to diversity, equity and inclusion and Xbox Studios’ support of the Lawson Endowment Fund is so significant to improving their representation in the gaming and tech industries."

PGC Digital: "Gamers with disabilities have extra challenges on top of what you have already built"

The US Labor department is investigating Microsoft's diversity initiative