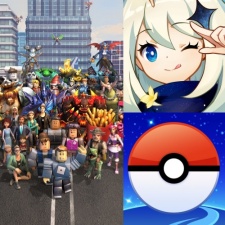 Worldwide weekly consumer spending has increased by 35 per cent year-over-year for Q3 2021.

Throughout this period, the largest markets for game downloads on iOS are the US, China, and Japan.

However, China, Vietnam, and South Korea were the largest drivers of growth quarter over quarter.

The largest markets for consumer spending across iOS and Google Play throughout Q3 2021 were the US and Japan.

Japan and Taiwan were among the leading three drivers of quarter over quarter growth across both of the aforementioned app marketplaces.

Mobile games account for 66 per cent of every $1 spent across iOS and Google Play worldwide in Q3 2021.

Both Genshin Impact and Pokémon Go had events within this period, such as Pokémon Go Fest and Genshin Impact’s one year anniversary which drove this spending. The US was the largest market for consumer spending during the quarter.

PUBG Mobile maintained the largest monthly users across the period, followed by Roblox and then Candy Crush Saga.