Pokémon Legends: Arceus has gifts for early purchasers too 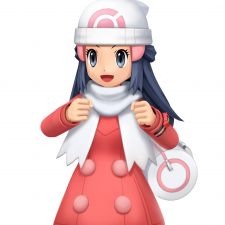 The Pokémon Company has released new trailers and information on Brilliant Diamond and Shining Pearl – the remakes of 2006’s Diamond and Pearl – as well as on their brand-new title, Pokémon Legends: Arceus.

The latter is set in a time when Sinnoh was known as Hisui.

The latest trailer for Pokémon Brilliant Diamond and Shining Pearl showed off the three commanders of Team Galactic and the boss under whom they serve.

Mars, Jupiter, and Saturn are apt names for commanders of a team named Galactic. They revolve around their leader, Cyrus, who detests human emotions and finds them defective.

Other characters featured in the trailer were Candice and Volkner, two of Sinnoh’s Gym Leaders.

The first early purchase gift shown was the ‘Platinum Style’ in-game outfit. This is obtainable from release through February 21, 2022. You can change your character’s outfit at Metronome Style Shop in Veilstone City, and with this early purchase bonus, you can journey through Sinnoh dressed as the protagonist of Pokémon Platinum!

Another early purchase bonus is a Manaphy Egg that will hatch into the Mythical Pokémon. Manaphy Eggs are incredibly rare; the only other method of obtaining this elusive egg is in 2006’s Pokémon Ranger, with one egg per physical cartridge – not per save file.

So this early purchase event in Brilliant Diamond and Shining Pearl will be the best way for most players to acquire a Manaphy Egg.

Whilst these early purchase bonuses require an internet connection to download, a Nintendo Switch Online membership is not required.

Following a voice-acted trailer, suitably spooky for the month of October stylised like found footage, two new Pokémon forms have been revealed for Pokémon Legends: Arceus.

Hisuian Zorua and Zoroark are new forms of Pokémon that first appeared in Pokémon Black and White’s Unova. Now they have new forms in Hisui, with a change in colour scheme and type.

Zorua migrated to Hisui after being driven from other lands by humans because of their ‘uncanny illusions’. Unable to survive in the harsh Hisuian environment, the Zorua were reborn in their Hisuian Ghost-type form through the power of malice.

Early purchasers of Pokémon Legends: Arceus will be able to receive the Baneful Fox Mask through to May 9, 2022. This unique Hisuian Zoroark–themed Baneful Fox Mask can be worn during your adventures in the Hisui region!

There is also a kimono set based on Hisuian Growlithe.

An event commemorating the release of Brilliant Diamond and Shining Pearl will be held in Pokémon GO from November 16, 2021 to November 21, 2021. Details will be revealed on the official Pokémon GO Twitter page.

Pokémon Brilliant Diamond and Shining Pearl are set to launch on Nintendo Switch on November 19, 2021. Pokémon Legends: Arceus, also on the Switch, is scheduled for January 28, 2022.