PGC Digital: How listening to your audience can increase user acquisition 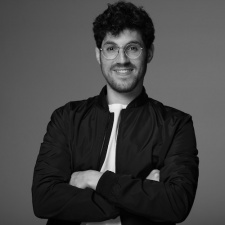 User acquisition is one of the most important hurdles developers face when launching a title, and is often one of the costliest.

Holzman explained that the studio achieved "organic" user acquisition and didn’t pay any influencers to promote the content at all, but simply "gave power to the players".

As players were able to create their own content through roleplaying and animation scenes, the game began to gain traction during its closed beta period on social media.

Since its launch, Miraculous RP has reached over 250 million plays and achieves over 1.2 million users each week.

Power to the players

"Where our fans are we make sure to be there and pick up the things that they want the most, we want to know what makes them tick," said Holzman.

Holzman found that with every new update Tag made in the game new videos were being uploaded to social media.

To respond to this, Tag started adding episode clips, which brought cast and locations from Miraculous Ladybug episodes to allow fans to "recreate moments from the show".

Holzman further discussed ways in which other developers can broaden their user acquisition strategies through cross-platform publishing.

Speaking about cross-platform publishing, Holzman commented: "You want to broaden your reach as far as you can. The idea is to create relevant experiences through the proper platforms that tie in well to the audience on that platform."

Holzman advised that by learning where your audience is and tailor the content to them, users will keep rising through word of mouth and social media traction.