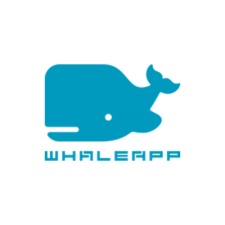 Whaleapp has revealed that it has surpassed 40 million downloads across its mobile games portfolio, as reported by Gamesbeat.

Whaleapp was founded in 2018 by Plarium co-founder Ilya Turpiashvili, alongside Lev Metchnik and Sergei Portnoy, following the acquisition of Plarium by Aristocrat Leisure for $500 million.

In the past three months, the Israel and Ukraine-based company has seen 158 per cent growth, spurred by its flagship titles Blitz: Rise of Heroes, Hidden Hotel, and Family Zoo.

Blitz: Rise of Heroes, the first midcore title released by the studio, was launched on 9 November 2021 and has since reached over 100,000 daily active users.

A whale of a time

"This is a company created by people who really love business, who love games, who really want to make games into a business, and everybody is doing their best," Whaleapp director of product management Ziv Kitaro told Gamesbeat.

"Ilya Turpiashvili sits in every meeting and it’s not about micromanaging. It’s about being involved and caring.

"We’re the youngest company to hit the top 10. We’re also one of the most lucrative game companies in Ukraine."