Open to developers and novices in South Africa and Finland 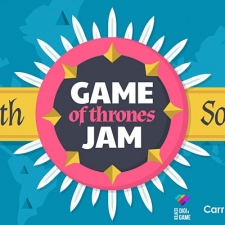 The event is open to developers, students, graduates, and those without game development experience, provided that they are based in South Africa or Finland and have one team member that can code in Unity.

Qualifying hypercasual games will be tested for cost-per-install (CPI) and "promising" South Africa-based developers will be offered a place on the upcoming CrazyHubs hypercasual games accelerator. CrazyHubs supports members with long-term assistance throughout the game development process.

Last week, Carry1st raised $20 million from a Series A funding round with the aspiration of becoming the "Garena of Africa". The company stated that it will use the funding to scale its operations into co-developing mobile games alongside its publishing capabilities.

The upcoming event provides Carry1st the opportunity to talent scout and invest in future studios to co-develop with from the get-go.

CrazyLabs is no stranger to game jams, recently hosting its Crazy Winter developer challenge that offered developers a 55 per cent revenue split and rewarded participants with cash for passing certain CPI milestones.

You can register for the upcoming event here.