Marks the company’s first investment in an independent publisher 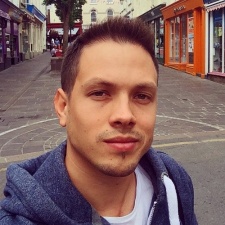 Playrix has revealed that it has invested in mobile games publisher AppQuantum, marking the company’s first investment in an independent publisher. The amount invested has not yet been disclosed.

AppQuantum publishes titles from both internal and third party studios, including Evil Clicker, Gold and Goblins, and Dragon Champions. The firm has stated that its published titles "regularly occupy" top charting positions for clicker and idle games.

The power of publishing

"Even without Playrix’s gaming and marketing expertise, AppQuantum’s published games had shown significant results," said AppQuantum founder Evgeny Maurus. "However, the company had been unable to reach its full potential."

"Once AppQuantum received an investment from Playrix in early December, the company showed tremendous growth in just a month for a game that had been actively marketed for six months, since June 2021. According to Sensor Tower, from November to December 2021, revenue grew 92.5 per cent – from $1.8 million to $3.5 million, not including the main advertising monetisation.

Going forward, AppQuantum aims to replicate the results seen with its idle games in other genres as well.

Playrix co-founder Dmitry Bukhman added: "AppQuantum is one of the strongest mobile game publishers in the world with unique expertise in hybrid games (games with a combination of in-app and advertising monetisation). I hope that our cooperation will help them further reinforce their position and continue their impressive growth."

In November 2021, Playrix launched a new development studio with games developer Daily Magic that will work between the US and Europe. The studios have started co-development on Playrix's Gardenscapes.