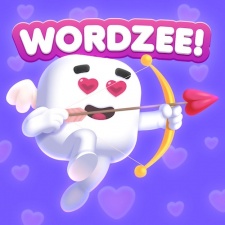 Developer by MAG Interactive’s studio in Brighton, UK, Wordzee was launched in October 2019 and has reached the top 10 in the word game category in 147 countries.

Since its launch, Wordzee has doubled its average revenue per daily active user (ARPDAU), which currently sits at $0.2. MAG Interactive CEO Daniel Hasselberg stated that Wordzee has more than three times the ARPDAU than the average game from the company.

The game received an overhaul in 2021 which included a new design, events, and an improvement to the balance of the in-game economy. The firm has stated that more events and "other optimisations" will be added in 2022 with the goal of increasing long-term user engagement.

"Our goal is to continue to improve long-term player engagement with continuous optimization of the game, new content and new events. We believe in continued growth for Wordzee and look forward to how the game will develop in 2022."

Last month, MAG reported its Q1 2022 sales increase 11 per cent to $7.7 million, despite a decline in its users. The firm attributed the increase to the strong performance of its liveops.