Co-led by Bitkraft Ventures and MTG 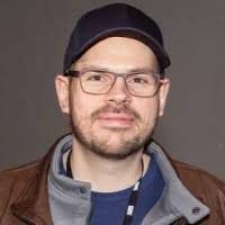 Esports-themed mobile games developer Legendary Play has announced the that it has secured $4 million from a Series A funding round.

Co-led by Bitkraft Ventures and MTG, funding from the round will be used to develop new mobile games designed for esports audiences. Further participation came from 1Up Ventures and Level Up.

Legendary Play has stated that its mission through its game portfolio is to develop games wherein fans can experience being an esports team owner, coach, and athlete, and plans at developing a range of mobile titles from FPS games to MOBAs.

"We are creating mobile titles that provide a way for engaged fans to live their passion in a more casual setting," said Legendary Play CEO Roman Frank.

"While we have started with manager games, our long-term vision is to roll out a diverse portfolio of esport-themed games including casual games, role-playing games, and story adventure games."

The developer’s first title "Rivals" surpassed 1 million downloads in 2021 and a co-op RPG is now in development. Legendary Play has also partnered with ESL to enable players to compete for rankings in virtual versions of ESL’s events.

"MTG is excited to support Legendary Play on their continued growth journey. Their strategy and founding team are well aligned with our highly selective and targeted investment strategy and we’re proud to be the co-leaders of this investment round," said MTG EVP of esports and games Arnd Benninghoff.

Bitkraft Ventures founding general partner Jens Hilgers commented: "By developing mobile games that address the entire audience of esports fans worldwide, Legendary Play is tapping into a passionate yet underserved market. The team has laid a strong foundation with the success of Rivals and I’m excited to see them bring their additional games in the pipeline to life as they continue to cater to the needs of esports fans."

Axie Infinity developer Sky Mavis has recently raised $150 million in a funding round that has brought its total capital raised to date up to $311 million.