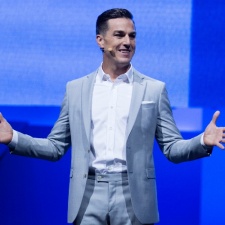 California-based Electronic Arts has allegedly been discussing acquisition opportunities with Apple, Amazon, Disney, and more, according to Puck’s recent report.

The negotiation between EA and NBCUniversal took place over a number of weeks and took several forms; one outcome could reportedly have seen EA’s Wilson run the merged company.

However, the apparent proposal fell through when disagreements over pricing and structure arose in the last month.

Acquisitions in the gaming industry have been a continual theme this year, with Microsoft's acquisition of Activision Blizzard far exceeding the previous record for the largest acquisition in the history of the industry.

EA itself has been busy making partnerships of late, having revealed two in one day in March: with not-for-profit organisation Digital Schoolhouse and education technology company Everfi.

"Several sources familiar with these talks say EA has been persistent in pursuing a sale, and has only grown more emboldened in the wake of the Microsoft-Activision deal," Beyers added.

Electronic Arts's exponential live service success makes them a tempting target for any acquisition, and the firm recently announced its mobile revenue had increased 82 per cent across fiscal year 2022.

Earlier this month, EA also partnered with Middle-earth Enterprises on the development of the forthcoming semi-competitive collectable RPG and free-to-play mobile game Lord of the Rings: Heroes of Middle-earth.