After weeks of speculations, the American multinational technology company Amazon is rumoured to announce its deal to acquire Electronic Arts today 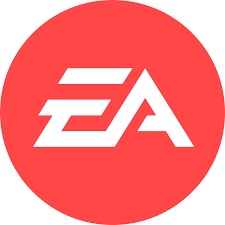 Updated: Bloomberg Terminal has reported that Amazon is not making a bid, they cite CNBC Sources.

Updated further: USA Today has distanced itself from the report. The story is now being treated as mere speculation.

Allegedly, industry giants Amazon will reveal it has made an offer to acquire Electronic Arts (EA) later today, according to GLHF sources, as first reported on USA Today.

There have been some rumours circulating recently about EA actively pursuing a merger, or even a complete buyout. The company has been repositioning itself for such things, despite being a leading game publishing firm.

Apple, Disney, and Amazon were the prime suspects in this alleged news for weeks, and according to USA Today sources, Amazon has pulled the trigger.

“First, I’m sure you don’t expect me to comment on rumours and speculation from some small red media outlets,” said EA CEO Andrew Wilson when he was asked about the speculations during EA’s quarterly earnings call earlier this month.

“But be that as it may, I would tell you, I think we are in an incredible position. We’re soon to be the largest standalone independent developer and publisher of interactive entertainment in the world."

However, Wilson didn't completely condemn the possibility of an acquisition, leaving some to speculate.

Wilson said, “Our objective always and my objective as CEO of this company is always to take care of our people, our players and our shareholders. And should there ever be a way for us to do that differently than the way we’re doing it today, I, of course, have to be open to that. But I would tell you today, we feel very, very confident and excited for our future.”

How much money does Amazon have?

After the success of the Netflix series Arcane and The Witcher - both based on video games - it only makes sense that Amazon is now trying to acquire EA, given the game developers' resources of titles that could be developed for the TV medium.

Amazon's TV plans could very well be the driving force for its offer to EA. The firm already owns Twitch, and since Amazon Luna did not perform as expected, this might be a way for Amazon to dominate both the video games industry and television industry by using EA franchises to bolster the 120 per cent growth of Prime Gaming.

This year is not shy of big acquisitions. Only 18 days into the new year Microsoft acquired Activision Blizzard for nearly $70 billion, making it the biggest ever acquisition in the games industry. Recently, Saudi Arabia has become the first country to recognize and approve this upcoming acquisition.

We ranked EA in third place on our top 50 mobile game makers of the year earlier this week.