Tenjin and Growth FullStack speak to PocketGamer.biz on their latest report which states 99% of developers plan to use alternative Android stores this year 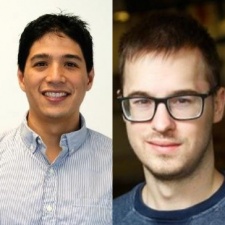 Mobile games developers have felt a greater sting from Apple's privacy changes than app developers, according to a new report by Tenjin and Growth FullStack.

Entitled Appocalypse Now, the report polled 302 companies across the UK and US with no relation to Tenjin or Growth Fullstack to explore the impact of Apple’s privacy changes on mobile apps in the last year.

Following the introduction of ATT, advertiser spending on Google Play has increased at the expense of the App Store with 59 per cent shifting a proportion of their budget across, however the report notes that iOS has started a recovery of the lost ground.

The anticipated budget for this year is, on average, still marginally in Apple’s favour at 53 per cent.

Apple’s privacy change was originally announced in June 2020 and, with the release of iOS 14.5, came into effect in April of last year. Having had 10 months to steel themselves for the change, 68 per cent of those surveyed in the report felt "at least fairly well prepared", although 55 per cent acknowledged that marketing had become more complicated then.

Games have suffered more from Apple’s changes compared to apps more broadly, with marketing being more difficult for 68 per cent in the mobile games industry versus 43 per cent for apps.

In terms of marketing stacks, 87 per cent of mobile advertisers now use an MMP and 56 per cent of those using business intelligence tools referenced using Google Data Studio.

The estimated loss to revenue has been 39 per cent on average after the change, meanwhile 65 per cent plan on increasing ad spending during 2022. The vast majority – 84 per cent – have concerns that Android might introduce a similar change to Apple, with 75 per cent of those whose revenues were affected expressing concerns that their businesses are at risk.

Of the sample Tenjin surveyed, 93 per cent of mobile advertisers are planning to spend on alternative Android stores this year; the three most popular of these alternate ecosystems are the Samsung Galaxy Store, Huawei App Gallery, and Cafe Bazaar.

Now that mobile advertisers need to automate processes to handle anonymised SKAN data, 75 per cent in the survey have a form of automation implemented into daily workflow and 63 per cent plan to use fingerprinting or probalistic attribution this year.

Notably, whilst the US has reported more difficulty than the UK in mobile marketing since Apple’s ATT introduction, the UK reported higher rates of data scientists in the workforce and 92 per cent use fingerprinting compared to 78 per cent in the US.

"One thing that is crystal clear is that the privacy-first direction of travel across both iOS and Android is set. More change is inevitable, even as we’re still adjusting to those that came into force a year ago," said Tenjin co-founder and CEO Christopher Farm.

"In order to keep growing great apps and games, we must keep adapting."

"Diversified revenue streams are a must"

Roman Garbar, marketing director at Tenjin, spoke with PocketGamer.biz on the report's findings, and how much desire there is for more seismic change.

PocketGamer.biz: For the past two years, much of the discourse and expectations around mobile and in-app advertising disruption has been a somewhat imprecise time will tell. Has this amplified a desire to see less influence from Apple and Google, and – an unfairly cumbersome question – what needs to happen for that movement to begin?

Roman Garbar: Even before ATT, we were seeing a trend of ad spend moving gradually away from iOS and towards Android. This was accelerated by concerns about the impact of ATT, with more studios moving their testing and marketing spend to Android. But iOS isn't going anywhere fast in terms of its importance for game devs. Apple and Google are platform owners so reducing their influence is unlikely and I don’t think there’s a particular ideological desire from devs to do so.

But in the era of privacy-first marketing, diversified revenue streams are a must, which is why our survey shows 99 per cent of the mobile games advertisers in our survey planned to spend in alternative Android ecosystems. I expect those game publishers that figure out how to use them effectively will reap greater rewards in the medium term.

Tellingly, games dev respondents stated they were more strongly affected by existing changes and more concerned for the future than app developers. Is this a reflection of the bespoke challenges the mobile games industry faces or more indicative of common belief industry perception?

Mobile game developers are innovators when it comes to marketing, with app publishers more generally usually looking to games for inspiration. In my opinion, that actually turned into a downside when privacy-first changes came in, as game developers were using more advanced, data-driven ways to market their games.

Some of these methods are now nullified, which explains the reaction from the games industry. It’s also worth emphasising here that the whole mobile industry, games and non-games, will change completely in two years (again…) due to Android privacy changes, and additional measures on iOS. Those who can adapt fastest will be the early winners.

The influence of Apple's privacy-first approach will have long-lasting impact: following the introduction of ATT, Sensor Tower reported that mobile game revenue decreased for the first time ever in Q1 2022.