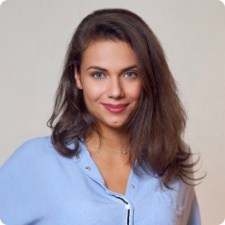 Following disruption to the advertising ecosystems in the years since iOS 14, SaaS company Tempr. has released its report, The 2022 User Acquisition Guide for Gaming Apps, to support burgeoning user acquisition strategies.

According to data.ai, consumer spending on mobile games reached $116 billion in 2021, and Tempr. suggests that – due to smartphone saturation – the focus of mobile game marketing will shift from the US and Europe to Asia Pacific throughout 2022.

As of iOS 14.5’s release in April 2021, hypercasual advertising campaigns increased by nearly 1,000 per cent overnight, the report adds.

"Prediction has always been important for me. UA is not something you’re doing just for spending money – you expect returns on investments," said Rovio UA team lead Claire Rozain.

Tempr.’s report highlights casual games in particular as a mobile genre that benefits from predictive analytics due to the short timeframe in determining whether a campaign is a success. The company predicts continued growth in ad spending this year after so many advertisers maintained or increased ad spend in 2021.

Reaching mobile users via social media is one method implemented for user acquisition. Interviewed in the report, app growth consultant Alper Tanner noted the popularity of Snapchat among teenagers in the US, Netherlands, UK, Australia and France.

Tempr.’s report also noted the difficulties for advertisers that have arisen following Apple’s ATT implementation, although opt-in rates have been higher than the 20 per cent initially predicted. Tenjin and Growth FullStack’s recent report found 68 per cent of game devs are finding marketing more of a challenge since its implementation.

Rovio's Claire Rozain has also confronts UA strategies in her weekly PocketGamer.biz column, UA Eye, which has explored advertising campaigns from Playrix, Zynga, and Rovio itself among others.