One key truth to maintain a strong team: be honest about the money, says Rogue Harbour Game Studios’ Sean Megaw 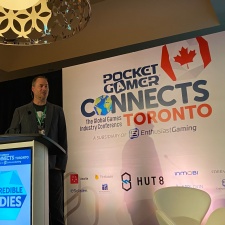 Sean Megaw, CEO and game director of Rogue Harbour Game Studios, has frank advice on the harsh realities of maintaining sustainability as an indie studio – particularly, with transparency about the financial situation of the studio with the staff.

“Enable an honest environment. Don’t schedule stuff when there’s a World of Warcraft update the next day and people might call in sick. Be honest about stuff like that and they’ll be honest about their own output when it counts.

“Be honest about cash – where the money is coming from, and where it’s going. Keep everything transparent and you’ll stop those thoughts developing in the background.”

This extends to creating loyalty within employees, where you can be more straightforward with rewarding and renumerating.

“Don’t do annual raise, do value-based raises. If someone is killing it in a couple of months, this will show to them that you’re noticing and recognising their value. Nothing’s so much a slap to the face than a three per cent raise after an annual review.

“But most importantly, don’t lie. I’ve been at companies where they say the money’s in the way, and it isn’t. But it was a good way to learn peoples’ tolerances. I really learned a lot about people and learned what motivated them. Talking about cash and money is central to a lot of people.”