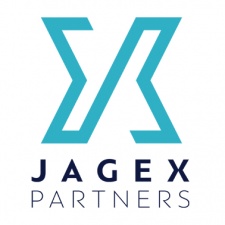 This acquisition comes in the wake of five years of record growth, including third-party publishing deals and the highest ever membership in Jagex’s flagship game, RuneScape. In 2021, Jagex was acquired by global investment firm Carlyle to support its growth strategy.

This is Jagex’s first ever acquisition of an external studio, and reflects the company’s goals of expanding its team and growing its profile in the North American market.

Based in Eugene, Oregon, Pipeworks has built a reputation for success within the industry, creating games and technology for both established and emerging IP’s. Since its founding in 1999, the company has grown to more than 200 employees and worked with partners including Genvid, Activision, and EA Sports.

"This is an opportunity for us to level up once again because we each bring our own distinct experiences to the partnership," said Pipeworks Studios CEO Lindsay Gupton. "Jagex's approach of providing a leading platform for developers to create lasting and content-rich community-driven games fully aligns with Pipeworks' work-for-hire model and focus on building innovative games and technology."

Terms of the acquisition haven’t been disclosed to the public.

Last year, we named Jagex one of our top 50 game makers for the third consecutive year. Stay tuned in coming weeks to see the company will extend its streak.

RuneScape dev Jagex has been acquired by The Carlyle Group