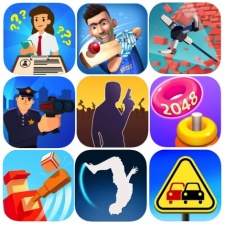 Update: The date of it taking effect has now been moved back to September 30th, we have not adjusted the below text to reflect that.

The newly announced ad policy updates on the Google Play store could create a new barrier for the hypercasual market, as the change in how developers are required to approach advertising could impact the ability for smaller studios to monetise or acquire new players.

The policy specifically targets what Google calls intrusive ads that forcibly drag players out of a game. That includes full-screen ads which show suddenly, ads that show up at the start of a level or during the beginning of a content segment, and full-screen interstital ads that appear before the loading screen or can’t be closed after 15 seconds.

However, these ads are vital to the success of hypercasual games, with developers relying on them as a means to monetise and advertise. The overhaul could adversely affect the revenue of developers in the genre, especially indie developers with lower budgets.

The policy update was announced on July 27th, while both new and existing apps will be given a period of at least 30 days to comply by the September 1st deadline.

Bad news for the genre

However, rewarded ads – that offer players in-game rewards and which they must explicitly choose to watch – are exempt from the update. Advertising that doesn’t interfere with normal gameplay or app use, such as video content with integrated ads, is also exempt.

Privacy - and how companies approach advertising - has come under increasing scrutiny in recent years as people spend more and more time on their devices. Apple has similarly faced criticism for how its policies are affecting small businesses, with Meta finding in 2020 that such companies are forced to “turn to subscriptions and other in-app payments” in order to successfully generate revenue due to the company’s crackdown on targeted ads.