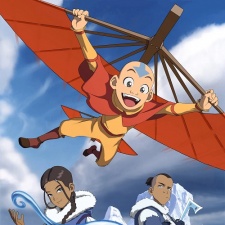 Square Enix London Mobile has announced the soft launch of Avatar: Generations, a new game set in the popular Avatar: The Last Airbender universe, to select audiences this month.

This comes in the wake of renewed interest in the franchise in recent years including an upcoming live-action adaptation by Netflix and a tabletop RPG released earlier this year.

The game is being produced in collaboration with Canadian studio Navigator Games, and will soft launch in Canada, Denmark, South Africa, and Sweden for Android and iOS devices, with access expanding to additional territories and additional iOS devices in the coming months.

The free-to-play title will include characters from the first generation of the franchise, with Aang, Katara, Sokka, Zuko, Suki, and Toph as playable characters. Future expansions will explore different points in the series timeline, and the adventures of other avatars such as Korra, Kyoshi, and Roku.

Navigator Games CEO Will Moore said, “With a globally beloved brand of this level, we’ve endeavored to create a game that expands the rich and storied universe of ‘Avatar: The Last Airbender,’ in way that feels authentic and exciting to fans of the series and RPG games alike. At the same time, we’ve ensured that the game remains accessible to anyone who doesn’t traditionally play RPG’s

“Our partners at Square Enix London Mobile have been hugely supportive in these efforts, and we’re working closely with our community during this soft launch period to make the best version of the game possible.”

We listed Square Enix as number 44 on last year's list of the top 50 mobile game makers. Keep your eye on our site to see if it makes the list again for 2022.