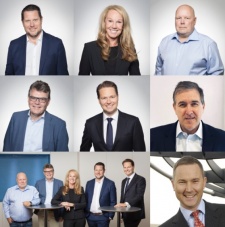 The Swedish video game giant Embracer Group has released the firm's Q1 financial results for the first fiscal year, revealing a 107 per cent increase in its sales revenue.

The company reported net sales of SEK 7.1 billion ($682 million), which is more than the SEK 3.4 billion ($298 million) it earned within the same period last year.

The firm noted that its mobile games segment also performed strongly with a 20 per cent organic growth (CCY). The report mentioned that Embracer Group saw a noticeable return on its ad spend (ROAS) for its mobile games portfolio, subsequently leading to the company investing more into user acquisition. However, this somewhat burdened the margin in the quarter.

The Swedish video game company stated it will continue to grow organic investments into its games development pipeline, currently having a record of SEK 1.1 billion ($104 million) invested into games development, with aims to drive the organic growth of the company for many years to come.

In the report, Embracer Group stated, "We are pleased to announce another stable quarter within the communicated guidance. We are on track to deliver on our ambitious plan for growth, and although the market has softened somewhat, we reiterate our forecast for the current and next financial year. Today we reached a major milestone by publishing our first quarterly report under IFRS, reporting by our four business segments: PC/Console Games, Mobile Games, Tabletop Games and Entertainment & Services."

It has been a busy year for Embracer Group. The firm recently announced several acquisitions, which included acquiring a 100 per cent share of Tuxedo Labs, an agreement to acquire IP rights to the Lord of the Rings, and a new operative group.

Embracer group also made news this year when the Swedish video game company acquired Asmodee Digital (which has now been rebranded as Twin Sails Interactive) for $3.1 billion.