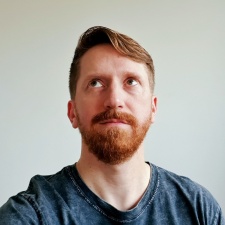 UK based studio Flick have announced that they have raised over $1 million in investment from game industry veterans.

Game studio Flick have secured a $500k investment with a further $230k pending which will take them over the $1.1 million mark in investments. Contributors include Miniclip, Playtika, Huuuge, Outfit 7, PlayStation and Jagex along with some blockchain and finance experts.

The studio who were founded back in 2019 are the team behind 2020 released title Flick Solitaire, for which they took a popular card game and put an art-focused spin on it, partnering with new artists each month to design exclusive card decks.

The studio has already made use of the investment money by expanding, and joining the team is a new chief technology officer, producer, and head of PR. Future plans for the investment money are to aid the evolution of Flick Solitaire as the studio intends to add new collection-meta commissions from high-profile artists, creating an NFT (non fungible tokens) card-art economy and in the future possibly looking beyond mobile.

Investor and advisor Pieter Kooyman expressed excitement at being on board with the team at Flick and commented on what sets this title apart from other solitaire games “The mobile solitaire space is incredibly competitive and the reason FLICK will succeed is down to the relentless focus on its obvious competitive edge - the collectible art! The funding round has already paid dividends with incredible hires and the upcoming updates will deepen the game’s already distinct playability. The IAP/collection mechanic has huge potential and that’s even before the launch of card-art NFTs.”

Flick CEO Ian Masters also spoke on setting their game apart from others saying “These days everyone understands the importance of retention in games. What’s so special about solitaire is that when people get hooked they play for the rest of their lives.” Masters continued by saying the aim is to build Flick solitaire into the home of hobbies for its players.

Flick solitaire is available on both iOS and Android. It has seen over a million downloads to date and has a growing community that is now set to expand given the title's future plans. Investors in Flick, Miniclip, made our recent top 50 game makers list.