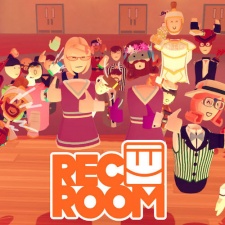 Metaverse platform Rec Room revealed at Rec Con that the platform will be coming to PC.

In the opening remarks, co-founder and COO Cameron Brown – also known as Gribbly – affirmed the platform’s commitment to building a welcoming space for diverse players and creators to socialize, create and play together.

Rec Room Studio is a Unity-based feature that allows creators to build and publish rooms using the Unity editor. Built in partnership with Unity, creators can drop assets and objects to existing rooms and create and share custom assets such as textures, animations, and audio.

Users can also collaborate with others using the Maker Pen, making it even easier to create high-quality content. Rec Room Studio is coming soon, although users can sign up for a private beta now.

To celebrate the release of Rec Room for PC, players can enter for the chance to win a custom Rec Room PC and other prizes.

What else is new?

Rec Room also teased the next Rec Room Original experience – an asymmetrical player-vs-player game which will pit a team of four survivors against a player-controlled monster. More details about gameplay will be unveiled soon.

Such asymmetrical experiences have become more commonplace in recent years, with mobile titles such as Identity V and the multi-platform hit Dead by Daylight being enjoyed by millions of players worldwide.

Rec Con will continue until September 25. Over the weekend, the event will play host to a range of experiences including panels, workshops, musical performances, a showcase of upcoming rooms and special appearances by YouTube and TikTok creators such as Vbunny Go, Gecko VR, and Soul Fox Gaming.