League of Geeks, the developer behind the popular strategy role playing mobile game, is now tackling a remake of a cult classic 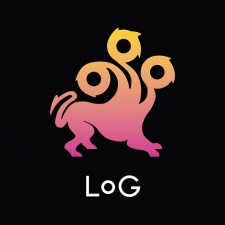 Armello is an Australian success story through-and-through. Developed by studio League of Geeks, the game was released back in 2015 on Steam, gaining early-access before receiving a port to mobile devices in 2018 for Switch iOS and Android.

It's a strategy role playing game that utilises both turn-based battles and 4x-style exploration of an overworld, and has received both a ‘Very Positive’ rating on Steam and a generally positive rating overall according to Metacritic, sitting at 75 out of 100.

So, what’s next for the Aussie studio? Well, that'll be a remake of the little-known cult-classic Solium Infernum, based on the more tragic and dramatic take on hell by John Milton in his book Paradise Lost. The original game pits high-ranking generals or ‘Archfiends’ of Hell against one another in strategic warfare to become the ruler in Satan’s place when the king of the underworld disappears.

Who can it be now?

Gamesindustry.biz reported the announcement as well as speaking to League of Geeks co-founder Trent Kuster. While most of their interview revolved around discussing Armello’s development and the long-term support it received from the studio, a particularly pertinent topic of discussion was the growing games industry in Australia.

The Australian government offers a hefty 30% tax-break for digital game studios to help promote the game industry in the country. “For us it's huge – 30 cents back on the dollar spent in Australia? That's a game changer for us. It means that we can roll the dice. That's invaluable,” says Kuster.

Kuster goes on to extol the virtue of having a smaller team, and the potential to, as the article headlines, “Nip at the revenue of the big guys”. He goes further and says, “We have less redundancy on our team than other places, we've got to make smarter decisions and that, I think, keeps us hungry.”

Indeed, in an industry where costs can be massive, a tax-offset can drastically reduce the risk any studio has to take.

Armello launches on iOS and Android