PUBG and Call of Duty mobile will form the playlist for a series of “Exclusive Influencer tournaments” to promote ROG’s new phone. 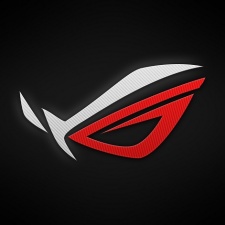 ASUS ROG (Republic of Gamers) announced yesterday they are planning a series of tournaments attended by prominent influencers to promote their new gaming phone. The ROG Phone 6D series is set to release later this year, and the tournament will apparently focus on showing off its features and power. Collaborating with Taiwanese semiconductor company Mediatek to include unique technologies from the company as well.

Describing it as possessing, “ultimate mobile gaming performance,” ASUS are clearly set on promoting what the phone can offer for more performance-oriented players. The tournament may be a good way to showcase to those that use phones as their primary gaming devices why ROG should be their choice.

“Tournament participants will include 10 top-tier influencers and their fans from the UK, Germany, France, Malaysia, Philippines and Thailand. Fans selected from their community will compete on the most popular game titles — PUBG MOBILE in APAC regions, and Call of Duty®: Mobile for EMEA regions.” The description for the tournament listed, the decision to showcase games popular in a single region may be a smart one, instead of showing off casual or hyper-casual games, the more dedicated phone gamer is clearly the target audience here.

This is not surprising as ROG’s collaboration with Mediatek points to the continued prevalence of major players in the gaming hardware industry, usually known more for their PC’s, getting into the gaming market. Certainly with major developers like IO Interactive dipping their toes into the mobile market, greater power in smartphone hardware may be appealing to developers who want to transfer AAA quality to the small-screen.

Promoting mobile games in markets across the globe may also be a key promotional tactic, with mobile gaming proving to be immensely popular in markets such as China, spreading their net wide is a clever tactic on ASUS’ part to maximise their audience. With the focus on promoting a competitive atmosphere also indicating a focus on esports-inclined audiences seeking something similar to a console or PC experience.