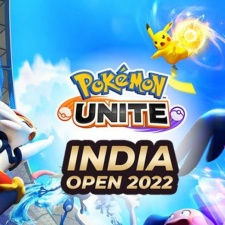 With the mobile gaming market growing so rapidly in India to the point that mobile gamers now represent 91 percent of the country’s online players, it comes as no surprise that esports have been taking off too.

In line with this, the latest tournament to be hosted by Chennai-based Skyesports is the Pokémon Unite India Open 2022, among "the grandest in the history of the game in India".

As a familiar franchise entering a new genre on mobile, Pokémon Unite was among the PG.biz team’s favourite mobile games of 2021.

In partnership with The Pokémon Company, registrations for the Unite tournament begin on 5 November, open until the 18th, and following zonal qualifiers the top four teams from each area will compete in livestreamed national playoffs. The top two teams will proceed to compete in Mumbai next month.

Aiming to allow as many players as possible to compete, the qualifiers will take place from 21 November to 2 December across six regions: South India, North India, East India, West India, Central India and Northeast India.

The Pokémon UNITE India Open 2022’s final will be LAN-based and is taking place during Skyesports’ Championship 4.0 in front of a live audience.

"We are thrilled to be working with The Pokémon Company to bring the biggest esports IP for Pokémon Unite in the country, the India Open 2022," said Skyesports founder and CEO Shiva Nandy. "We are working to make Pokémon Unite a household title for Indian audiences and families."

JetSynthesys (Skyesports’ parent company) CEO of gaming Anuj Tandon commented: "Pokémon Unite has a bright future in India and I am beyond excited that we are associating with The Pokémon Company to bring one of the biggest esports events to date for the game in the country.

"The unique zonal-based format, $30,000 prize pool, and the LAN finals in Mumbai will ensure that this is a spectacle never seen before."

Gen Z are especially active spenders in mobile games in India, with a recent report by Newzoo and MAAS revealing 50 percent spend real money on them.