The new subsidiary will focus on research and development 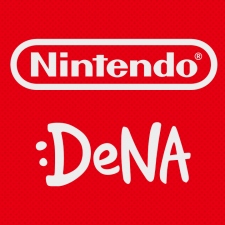 Nintendo and DeNA have announced the upcoming formation of Nintendo Systems, a new joint venture which will focus on the research and development of digital services.

This is the latest in a string of partnerships between the two companies. The two have previously collaborated on six mobile games: Miitomo, Super Mario Run, Fire Emblem Heroes, Animal Crossing: Pocket Camp, Mario Kart Tour, and Pokémon Masters. These games have seen varying levels of success, with Fire Emblem Heroes earning more than a billion dollars, making it Nintendo’s most successful mobile game of all time.

The strength of these collaborations lies in utilising Nintendo’s catalog of IPs, however not all of the company’s mobile efforts have been successful. Dr Mario World was shut down after two years, despite starring perhaps the most iconic video game character of all time.

Nintendo Systems will be a subsidiary of Nintendo, with the company providing 80 percent of the capital, and will be led by director and president Tetsuya Sasaki.

A focus on mobile gaming?

Gamesindustry.biz reports that Nintendo Systems aims to “strengthen the digitisation” of Nintendo’s mobile business. Given that the existing partnership between the two companies has been in the mobile games space, it’s likely that the collaboration will work towards the end goal of increasing Nintendo’s profile as a mobile game maker. Outside of producing mobile games, the company’s partnership with DeNA has previously seen users linking Nintendo games outside the company’s platforms with their Nintendo accounts.

It's worth noting that Nintendo has a long history of cross-pollination between mobile and console games. The Pokémon Meltan and Melmetal can only be caught (or evolved) within Pokémon Go, before being transferred into mainline Pokémon games. Likewise, Gimmighoul, a Pokémon set to make its first appearance in Pokémon Scarlet and Violet, has already been making appearances in Pokémon Go in its roaming form. As such, it’s clear that Nintendo has already showed interest in mobile gaming not just as an industry in itself, but as a means to further the game experience of console users. It’s possible, therefore, that this collaboration could help not just increase Nintendo’s profile in the mobile space, but bring mobile gaming closer to console than ever before.