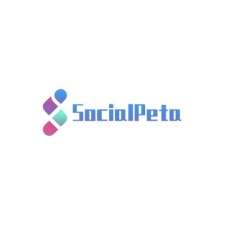 SocialPeta have released a new report delving into advertising in various genres in Q3 2022, as well as the state of mobile game marketing over the quarter.

The number of mobile game advertisers in Q3 exceeded 36,000, representing a 16.6 percent year on year increase. Despite this, creatives stood at 2.6 million, representing an 8.7 percent decrease from the same period in 2021.

Creatives and the number of advertisers peaked in July, with 8 million and 25 thousand, respectively. However, these numbers dropped off in August. Creatives saw a particularly sharp decline of 20 percent, falling to below 7 million.

Mobile game downloads continued to rise following a sharp decline in Q1, with the number of downloads falling from 7.7 billion to around 7.65 billion. Download rates have been growing again throughout the year, and the download figures for Q3 stood at around 7.8 billion, an increase of 100 million from Q3 and a 6 percent increase from 7.45 billion in Q3 2021. This suggests that the market is recovering following the market downturn as covid restrictions were lifted worldwide.

Daily Active Users (DAU) increased steadily throughout the year, despite a slowdown in downloads. Q3 saw an 11 percent increase in DAU, with more than 300 million players consistently engaging with mobile gaming apps.

Despite this, casual games trailed behind other genres in terms of monthly creatives, with around 200. In contrast, the strategy genre saw 524 creatives per advertiser. This was followed by casino games at 385 and RPG titles at 381. This suggests that while the casual genre sees the bulk of advertising budgets, these ads tend to be repeated more frequently compared to other genres.

Android led iOS markets in terms of both unique advertisers (62 percent) and the number of creatives (71 percent). This is in line with the previous quarter, and could be a result of publishers shifting their focus to Android devices following the introduction of Apple’s new IDFA.

In terms of advertisers, casino (67.5 percent), casual (63.6 percent) and card games (56.1 percent) saw the most success on Android platforms, whereas adventure games saw the highest percentage of advertisers on iOS, with 62.5 percent.

Video creatives remained the most popular form of advertising, accounting for 83.6 percent, however this percentage represents a 1.84 percent decrease from the same period in 2021. In contrast, image creatives saw a 1 percent rise to 12 percent. These creatives proved particularly popular in RPG and card games, accounting for more than 20 percent of creatives in both genres.

In August, SocialPeta reported on how mobile advertisers are shifting to a model of fewer, higher quality creatives.