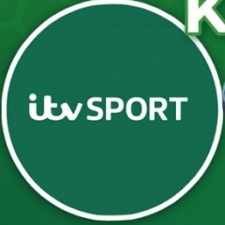 The new game will host live mobile tournaments based on the day’s matches, with the chance to win cash prizes by taking part in live trivia competitions.

“The FIFA World Cup is a huge TV event and we are so thrilled to continue our partnership with ITV on such a momentous occasion,” said Live Tech Games co-founder and co-CEO Samuel Worsley. “The ITV team is fantastic and has incredible plans to roll out coverage across TV, socials and with the help of KnockOut, interactive mobile platforms too. We can’t wait to see football fans come together to engage in a fun and competitive game themselves.”

Although the 2022 World Cup has drawn massive viewing figures worldwide, and made history as the first World Cup to be hosted in the Middle East, the tournament has caused controversy due to accusations of bribery and corruption, the alleged mistreatment of migrant workers, and Qatar’s record regarding the queer community.

This collaboration with ITV follows on from the success of WordSurge, and follows a similar model of letting players meaningfully interact with television, engaging with each other in a previously unseen way. By working with ITV on such a massive sporting event, the company hopes to further its goals of creating “captivating, competitive mobile experiences which constantly engage customers.”

Further collaborations with ITV are due to be released in the future using the same collaborative model, highlighting mobile gaming’s potential not just as an entity of its own, but in terms of offering cross-medium experiences thus far unique in the games space.

"We're very excited to be extending our coverage of the FIFA World Cup 2022 into the gaming realm with this brand new interactive product,” said ITV Studio 55 Ventures director Enita Kang.

“We love to enhance our reach to new audiences and this exciting new form of interactive entertainment does exactly that."

Earlier this year, we spoke to Live Tech Games co-founders and co-CEOs Samuel Worsley and Nathan Moore about the industry’s success in 2021, and how they expected it to evolve in 2022.