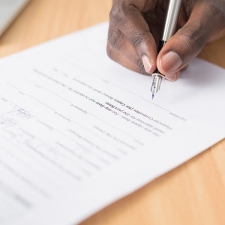 It's no secret that 2022 has been a tough year for the UK economy and that the mobile and general games industry have also seen issues. As with the global industry, the UK has recently seen a downtick in gaming vacancies - a sign of companies consolidating - however a recent report on the "UK Games Job Summary" for November 2022 reveals several companies bucking the trend. It seems, for the UK specifically, this is going to be a continuing trend as the report shows a continued drop in overall new hires with two notable exceptions in audio and writing.

As they note, mobile is one key area seeing vacancies reduced. “Proportionally, mobile studios have removed or filled the most roles this month compared to other areas of the industry.” It’s important to note these are not job losses, but a lack of new openings. It could suggest caution, or more likely a period of consolidation and moving on projects for which companies were hiring earlier in the year. London, Guildford and Leamington Spa have all dipped in vacancies, whilst other areas like Cambridge, Edinburgh and Manchester have risen. We can see attention moving from the South and instead to the North, although London of course remains central.

What jobs and where?

This shouldn’t necessarily be a cause for massive concern, as we’ve seen, UK studios are still investing outside of the country, as with Matchingham in their acquisition of two titles by Pow Games. However, in the face of an economic recession, studios are likely to be considering only opening up roles for necessary work and consolidating their current staff as they reach outwards into the global market. Previous hiring sprees are likely to have been for current projects that are ongoing within these companies.

As the report notes, a few of the most common job titles include, “Software engineer, senior producer, senior environment artist.” All pointing to a tactic of consolidating and improving interior expertise in these studios. One key top recruiter that was growing still though is Jagex, which saw recent success with the launch of Runescape Mobile and record revenue, tapping into a brand new market for their popular MMORPG has likely spurred an expansion of their staff as much as anything.

As the global mobile gaming market is set to continue exponential growth, it may be worth looking at other factors in why jobs have been slumping in the UK specifically. The UK has produced many successful titles and studios throughout the years, however now more than ever a more competitive and diverse industry means they’ll be facing strong competition from abroad.