Pivoting from their hypercasual mobile titles, Gamejam Co. is now known as Superfine, moving into the world of Web3 with their new growth platform 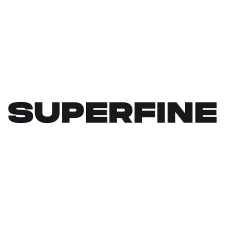 Gamejam co. known for a string of hypercasual mobile titles, are pivoting from their current focus on mobile gaming and into a ‘Web3 growth platform’.

The company is not divesting entirely from the mobile game world but is refocusing on Web3 projects, following a trend of other countries still dabbling with the new and often controversial technology. The company is looking to utilise their existing experience publishing for Web3 technology, and partnering with other studios to provide this expertise.

They've previously worked on a number of titles including the official Marshmello Music Dance game.

CEO at Superfine Christian Calderon commented on the move to a pseudo-publishing role. “We can do things in Web3 that we’ve never been able to do before. This is the future.” The company has already worked with a variety of studios including Lucky Kat Studios, responsible for Panzerdogs.

Co-founder and CEO Herdije Zhou commented “We have been looking for Web3 growth tools for a while, and once Superfine reached out, we were very happy to work with them. The results have been amazing so far.”

The company formerly known as Gamejam

Web3 is a new and exciting tech for game developers, and is still very much in development with all the challenges of adapting to a whole new platform and technology. Superfine already run their own web-based game platform, and it’s highly likely we’ll see a similar platform being created for their new Web3 venture, or the original being retooled.

A number of Superfine's partners have also worked in a wide variety of mobile games, including Tribo Games, who boast an experienced team and time working on major franchises like Angry Birds and Plants vs Zombies.

Superfine is not the first mobile company by far to perceive potential in Web3 and blockchain technologies, as we see other companies experiment with the format. Homa (formerly Homa Games) recently coupled their rebrand with an announcement that they were releasing a suite of Web3 tools to support developers that they publish, including NFT collectibles for their mascot, Valentine.