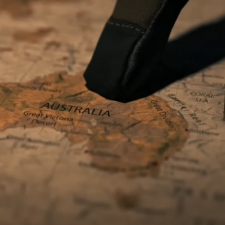 In an announcement video posted to the game’s YouTube channel, it was revealed that the first location for Call of Duty Warzone Mobile’s soft launch will be Australia.

Call of Duty Warzone Mobile is a handheld version of the hit Call of Duty franchise’s battle royale style game, Warzone. It’s not the first time the game has come to smartphones, as Call of Duty Mobile saw massive success, however given the popularity of battle royale games on mobile, such as Fortnite or PUBG it’s no surprise that Warzone is so hotly anticipated.

As of now, Warzone Mobile is only available in Australia via the Google Play Store, with an iOS version slated to be available ‘soon’. The game is apparently aiming to be another part of the shared ecosystem of Call of Duty games, with the console and PC version of Warzone being updated constantly with new content from the franchise’s instalments.

Some outlets have reported that cross-platform progress sharing will be available as well, with Activision likely hoping to capitalise on their loyal and broad playerbase.

The decision to launch Warzone in Australia is an interesting one, and can be considered a stress-test in the sense of Australia being a massive area geographically and in terms of population spread. By seeing how well servers and connectivity hold up in this area, Activision are aiming, as all soft-launches do, to iron out any kinks in the game before it goes live worldwide. However, with many speculating about how to access the game early, it’s clearly that they already have an eager audience awaiting it’s release.

As we previously noted, Warzone Mobile has already seen massive interest from players even before soft launch. It surpassed 25m pre-registrations across all platforms, and if the massive success of the Modern Warfare 2 reboot is anything to go by, the game is likely to see massive success. It's possible rival, Apex Legends Mobile has managed to snatch two game of the year awards from Google and Apple respectively.