Another example of foreign investment into the Turkish mobile gaming scene 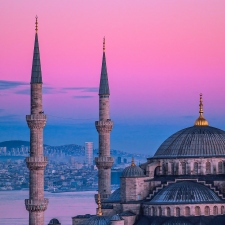 In an announcement on their LinkedIn (translated) the studio announced that they would be using the investment to further grow the team, and iterated their intent to stick to the hybrid-casual genre that has seen two of their titles, Hoop 4 and Parents Run exceed the 1m and 2m threshhold respectively. UP Venture Capital have not yet offered an announcement to go with the news.

Yamy Studio have followed in the footsteps of many other studios by producing a wide portfolio of a reported 20 mobile games in the hybrid-casual genre. They’re based in Istanbul, the capital city of Turkiye which has seen repeated investment as a centre of business within the country.

As we’ve noted repeatedly in previous reporting, the Turkish mobile gaming industry has become an extremely attractive area of investment for both domestic and international firms. Part of this can be attributed to the resilience of the industry, which has continued to grow in spite of local and global economic difficulties, where other traditional industries have halted growth or even contracted.

Outside investment has also seen foreign firms expanding into Turkiye, such as Tapnation who have opened new offices in the country. Others have noted that mobile has proven to be a major turning point for the Turkish game industry, and has been a significant if not the most dominant part of the industry within the country so far.

It also marks a significant step into video games by UP Venture Capital. Who have rarely, it seems, invested in the mobile game industry. It indicates that, despite a post-covid slowdown in the gaming industry and tech as a whole, that many are still optimistic about the potential for growth and profit within the sector.